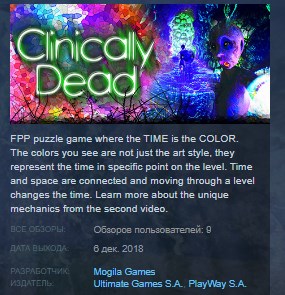 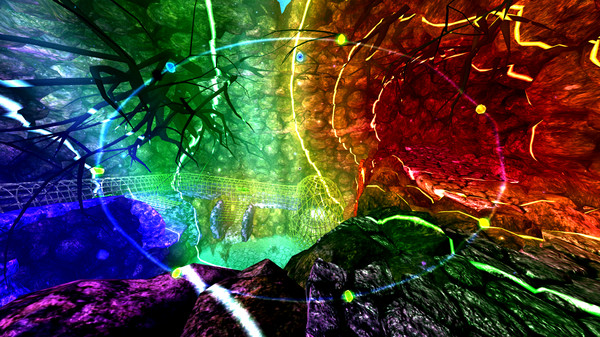 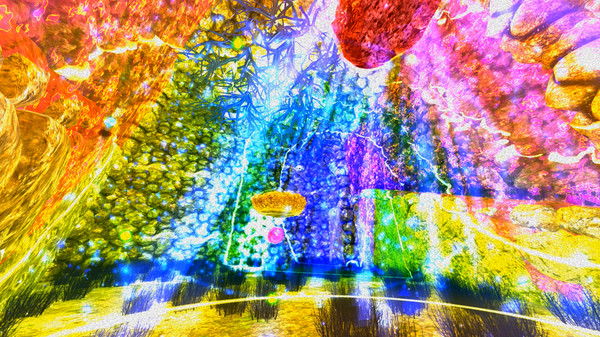 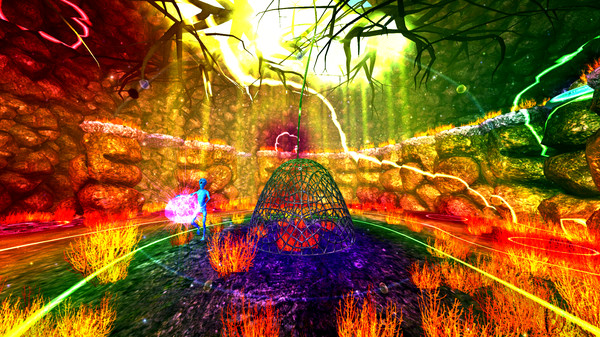 Clinically Dead is about the last seconds of your life and the strange flow of time while dying. Experience the few seconds of adventure that seem like an eternity.

The mystery of life after death. In the game, you are talking with yourself, with your subconsciousness.
It will happen eventually to all of us, but Mr. Samson is the guy who has no luck today – he’s dying. He is falling into his own mind and each next second is taking longer and longer. In the beginning, the first second felt like three seconds. Normal time was slower for him than for others. The next second one was like five minutes. He had a lot of time to rethink his life. For everyone else, this is the matter of seconds, but for him, this was taking forever. Finally, the last second of his life on earth was stretched to an infinite period of time... and this is the place where we are starting our adventure. The adventure where you are moving through a 4-dimensional system. Space and time are connected here and you are free to move not only in three directions (width, height, and depth) but also in the fourth one – time.

Clinically Dead is a game about the flow of time while dying.
The action takes place in the mind of a person while he is dying. The time is flowing not as we are used to in reality. Not only can it flow into the future. But it can also stop or flow backward. Time is connected to space. So as we move through a level we also move through time. Time also changes various things in the game.

Time and space are connected. Moving through a level not only changes the time but also the player’s life.
Space-time is represented as colors which are indicated on the level of the game. The color blue represents a low time value. Red has a high time value. The rest of the colors represent the corresponding time between the minimum and maximum time. Think of it like a weather forecast where the temperature is represented with colors on a map. As you move your finger over the map, the temperature changes. It is the same thing in the game. As you move around a level, the time changes.
The time field itself can be also modified by moving various items in the game. Time also corresponds to points in a player’s life, which means there is negative time (a dark gray color) which makes the player respawn. Overall, it’s what can be called the “triple connection”. Time to space and time to the player’s health.

Goal
You are dying and you are trapped in your mind with your subconscious. All that is left before the moment of death is a couple of seconds. Your goal is to collect the seconds in order to die in peace. Beware of creatures in your mind. It´s not a horror game but has some creepy moments – just as we like them.
ИНСТРУКЦИЯ ПО АКТИВАЦИИ: